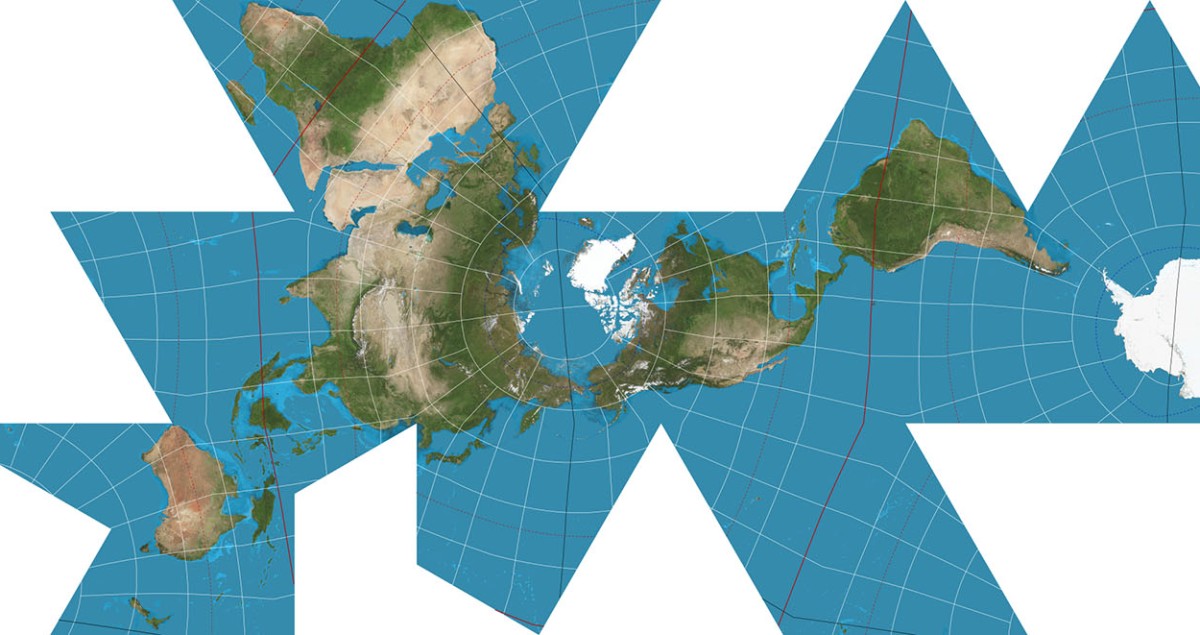 Lately, there has been a lot of new text published on sustainability. And a lot of talk about getting man to March. Both of these discussions have made me think of the old classic – Operating manual for spaceship Earth, by Buckminister Fuller. This is a classic where the architect, engineer, philosopher and futurist Fuller describes a way for us to think about our Earth and its future challenges. It is one of those books that “everybody” quotes, at least in passing, but lately I felt increasingly unsure with what he actually said and what has just become quotes and maybe (mis-) intepretentations of his thoughts.  I am probably not the only one coming back to Fuller’s old texts, as the book has now been relaunched in 2019 with a new foreword by his grandson.

It is interesting to think of Fuller’s text both in relation to the time when the book was written and to today.

The book is originally written in 1969. This was the same year the famous American moon mission managed to get the first humans on the moon. Not long ago, humans had been able to see the earth from space for the first time, seeing the globe in its entirety as a round blue and green planet. In this era, it is easy to see how Fuller was inspired to see the globe as a spaceship. Reviewed from afar, it was a small entity moving in vast space.

What I think that Fuller wanted to achieve with this metaphor was a feeling of us all being in the same ship together – going in the same direction even if might not be aware of it. He also talks about the spaceship Earth as a vehicle we have to service in order to keep it running, just as we would have to add oil and petrol to a car. It turns out Fuller wasn’t actually the one to invent the term of the Earth as a spaceship, it was actually coined the British economist Barbara Ward in 1962 (I learned this from a paper written by Victor Margolin in 2015), but Fuller’s point was that if Earth is a spaceship, unlike a car, it has been given to us without an operating manual and we have to figure out how to make it work ourselves.

Fuller’s concept of a spaceship also proposed the idea that we should view the whole world as a system – not just the tiny part or specialisation that we were familiar (and comfortable) with.

He asks us “how big can we think” and puts forward the concept of synergy. Synergy is now a world that is used in any and every organisation, but apparently it was a word that was only used in chemistry and not generally known during Fuller’s time. He sees synergy as if we do things together we will have more than the sum of the parts, or be able to achieve more with less investment and time.

Fuller’s technological insights are surprisingly futuristic, considering he arrived to Harvard University before the World War I, at a time when the work of leading scientists, such as Einstein or Planck, was not yet broadly known (Max Planck got his Nobel in 1918, Einstein in 1921). Fuller himself was a futurist, thinking of large concepts such as the geodesic dome. In this book he talks about the future technology potential of genes and computers, which he sees as the imitation of the human brain. Many of his thoughts of how computers and automation will change future work could well be said today if we would just change the word computer to AI.

Fuller is very critical of the time he is living in. He claims that the current spaceship Earth doesn’t know where it is going, with” having the Russians sitting at one set of the co-pilot’s flying controls while the Americans sit at the other. France controls the starboard engine and the Chinese control the port engines, while the United Nations controls the passenger operation”. Sovereign states darting backwards and forwards and around in circles, getting nowhere, at an incredibly accelerating rate of speed.” He says that unless we work together, we will soon have to rename this planet “Poluto”.

He aspires to a 21st century where there would be no national borders, but where people would together aspire for a better world.

Clearly now, well into the 21st century, it is easy to say that those hopes Fuller had didn’t materialize. We still very much have nation states with politicians all pulling in different directions.

Allthough all his ideas haven’t materialized, some of his ideas sound surprisingly similar to those that have been surfacing lately. Such are for example his ideas on a new definition of wealth and of new work with something close to universal income.

He claims that by the 21st century either we will not be living aboard of spaceship earth at all, or then humanity has realized that they can afford to do anything it needs an wishes to do.

We always say that we “cannot afford “this or that. Only crises like wars, make us think in new ways and suddenly we can afford efforts we previously thought we couldn’t. We have needed an enemy to be able to afford anything we need. His point is that how much money or value we have is relational. Fuller exemplifies his idea with a wealthy shipwrecked man, where he would give his entire fortune if he could just extend his (or his wife’s) life with a few hours.

Fuller hence considers wealth “the number of forward days for a specific number of people we are physically prepared to sustain at a physically stated time and space liberating level of metabolic and metaphysical regeneration.”

He also states that the real wealth aboard of our planet is a forwardly- operative, metabolic, and intellectual regenerating system. We have vast amounts of income wealth such as sun radiation or moon gravity – we just don’t know how to best utilize it yet. And his point is that problems cost the least to fix the earlier you fix them.

His idea is that humans will be free and no human will be profiting on another, but rather trust each other. He calls for a new accounting system where the top toolmaker in India will be payed similarly to if the work would be done in Detroit, Michigan. This is something we clearly haven’t achieved yet….

He says that now (in 1969!) people are afraid that automation will take away their jobs. They are afraid that they won’t “earn a living”, while humans alone can foresee, integrate and anticipate the new tasks to be done by progressively automated wealth – producing machinery.

He has ideas considered radical even today, where he suggests that anyone becoming unemployed due to automation should get a life fellowship in research and development, or in just simple thinking. He claims that man must be able to dare to think without fear of losing his living. He continues that for every 100000 employed in research and development, or plain thinking, one will probably make a breakthrough that will pay for the other 99999 fellowships. This way everybody gets a chance to develop their most powerful mental and intuitive faculties, and frustration will decrease.

Fuller also has fairly current views on consumerism. Although he condemns mass-consumerism he is personally promoting hiring what you need instead of owning, taking a taxi rather than having a car. He sees the service economy rising, and claims that “Possession is becoming progressively burdensome and wasteful and therefore obsolete”.

Although Fuller feels contemporary in many ways, some approaches seem a little more dated. As an example, the term “flight shaming” had clearly not been invented yet. Fuller seems almost proud about how he travels between the Northern and Southern hemisphere so frequently that he no- longer experiences a winter or a summer, or a day or night, because he “flies in and out of the spinning, orbiting Earth with an ever- increased frequency”.

Fuller’s confidence in the computer is also way more positive and overarching than today’s understanding of AI. In his view we should trust the computers, and all politicians can yield enthusiastically to the computers Safe flight-controlling capabilities of bringing all of humanity in for a happy landing.

Despite these, Fuller’s original point is still very valid. He urges us all to go to work, to co-operate and not to hold back on one another. Together, he claims, we can achieve Intellectual integrity governing universe.

Jaime Snyder, Bucky Fuller’s grandson, says in the introduction that one of Fuller’s greatest gift was his capacity to illuminate the very largest picture possible in a way that allows us to more easily discover the specific actions we can take right now, today, that will make the biggest difference in addressing the crises before us. He described this process as the discipline of being both “macro- comprehensive and micro- inclusive”.

I think this points to the two thoughts the book puts forward that I will take away from it. Firstly,  what’s the most important thing we can be thinking about now? And secondly, what will happen depends on what each and every one of us does… every moment of every day for the rest of our lives, as Fuller reminds us.

Clearly a book worth re-reading.